Cecil Kimber joined Morris Cars in 1921 and became General Manager of Morris in 1922. He began producing his own tuned versions of Morris cars to boost sales. These cars took the name from the place they were sold, the Morris Garage.The first MG was the 14/28, based upon the Morris Oxford. 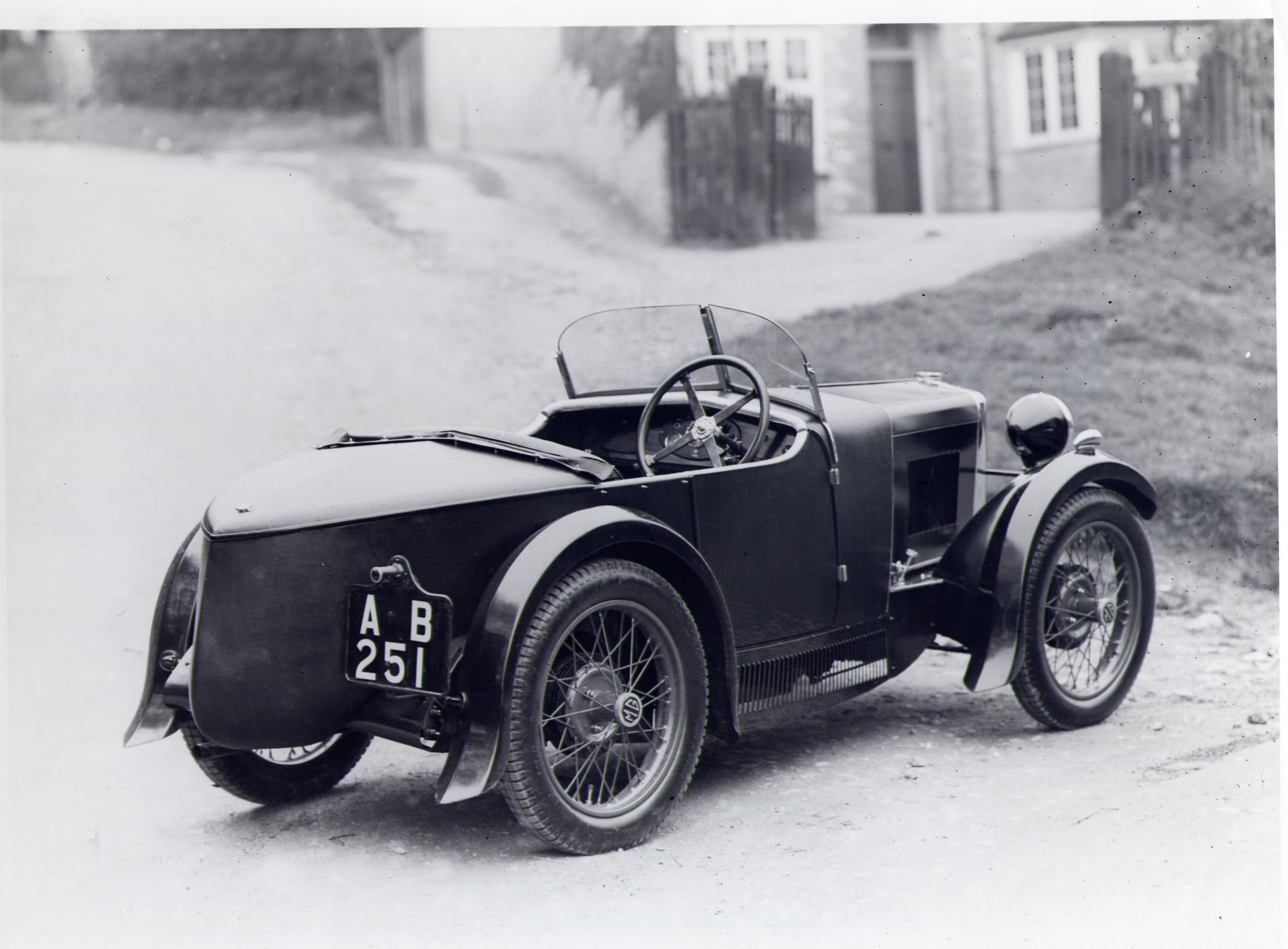 A MOVE TO ABINGDON

MG’s increasing popularity meant the company soon outgrew its original facilities. MG would eventually move to a town that became synonymous with the marque, Abingdon on Thames. Abingdon would play host to MG production for the next fifty years. 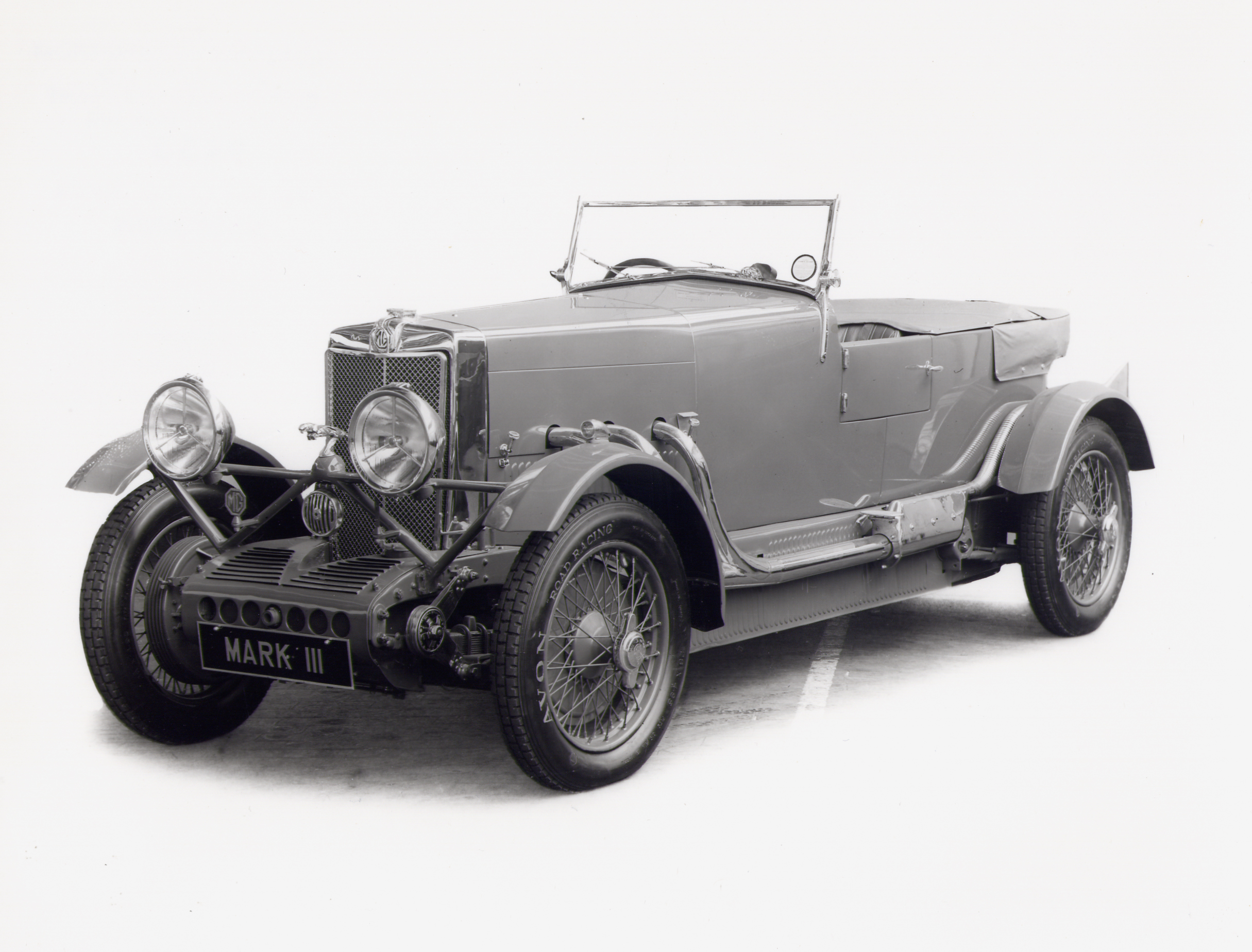 THE MG CAR CLUB IS BORN

On the 12th of October 1930 the MG Car Club is formed. 30 MGs attend a meeting at the Roebuck Hotel, near Stevenage. The Club grew quickly and attracted over 500 members by 1933. 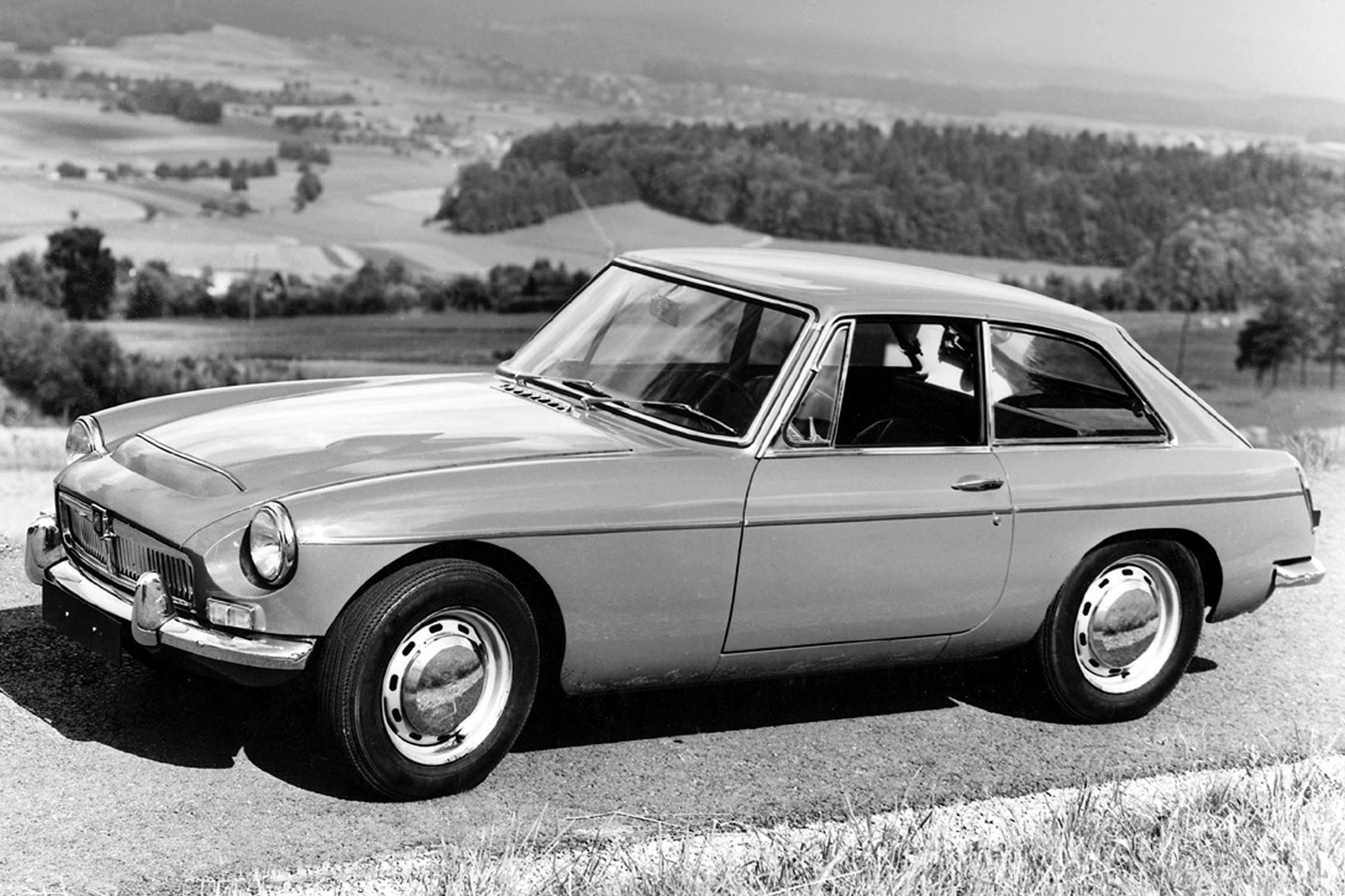 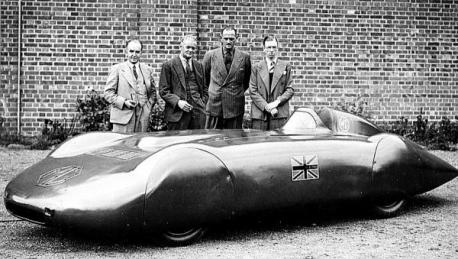 MG become the first non-Italian marque to win the Mille Miglia (1000 Mile) race in Italy. MG’s K3 Magnette took a class win and MG’s place in the world of motorsport was cemented. 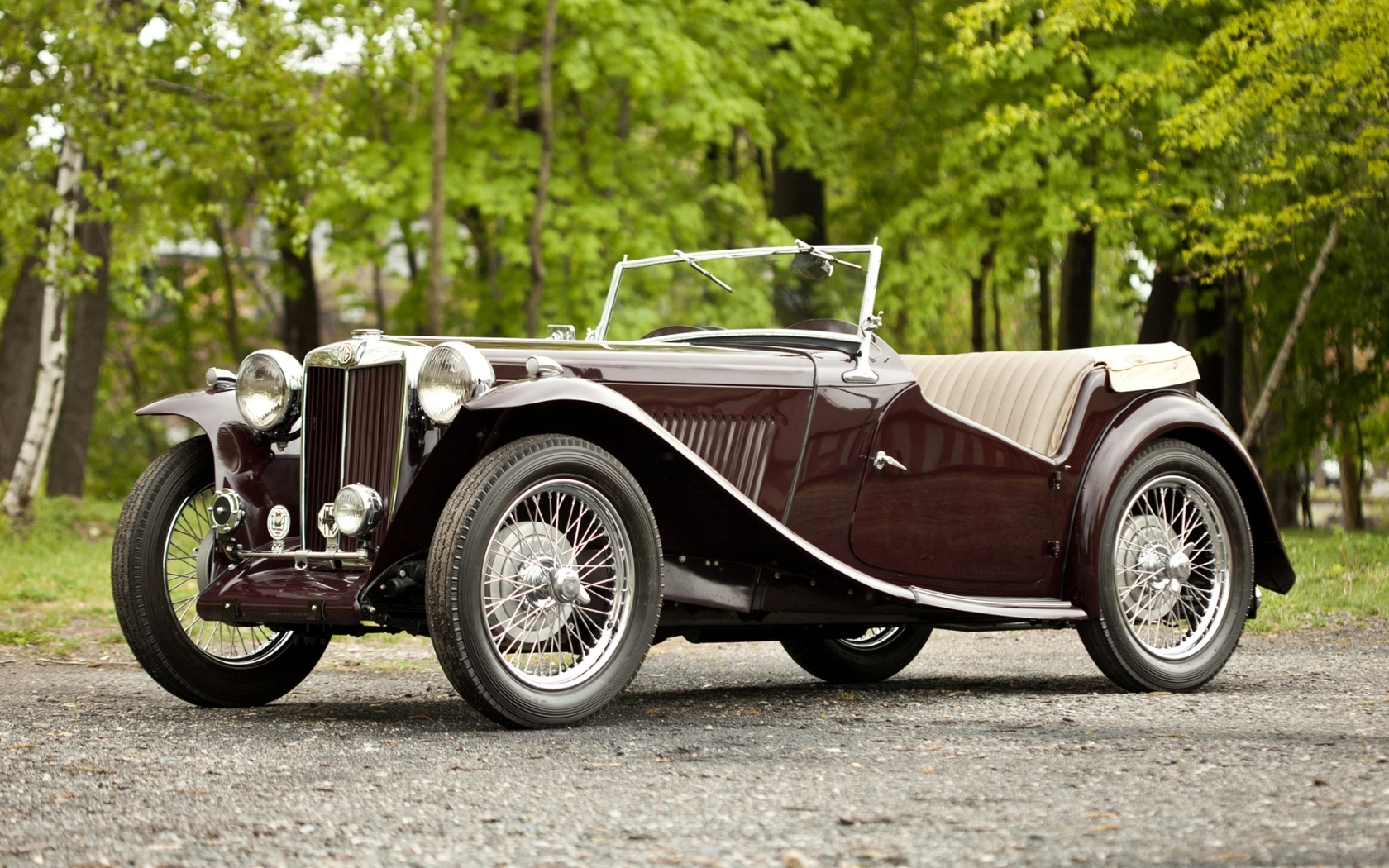 AMERICA FALLS IN LOVE WITH MG

World War II saw thousands of American servicemen head to Great Britain and Europe as part of the war effort – during their time in the UK they came across the MG T Type sports cars and many took them home to America. Britain’s export drive saw huge numbers and the USA became MG’s most important export market.

The first Silverstone International Race Meeting, today known as MGLive! is held. The event has been held annually every year since. 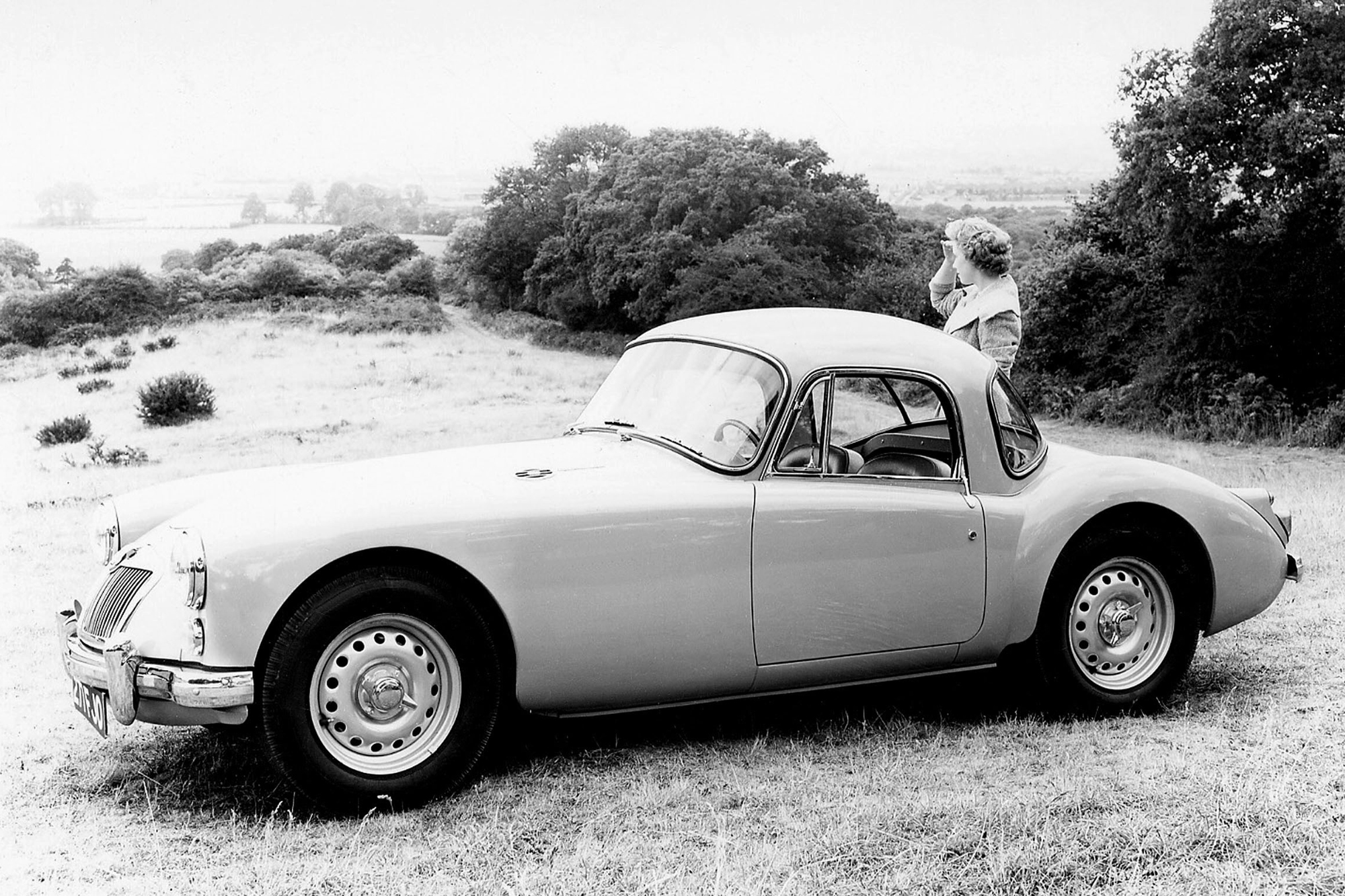 Arguably the most beautiful car to wear the MG octagon, the MGA arrived in 1955. Originally powered by a 1500cc engine, this was increased to 1600cc in 1959. Alongside these cars MG also produced a Twin-cam model, producing 106bhp.  Over 100,000 MGAs were produced, with almost 95,000 of these exported from the UK. 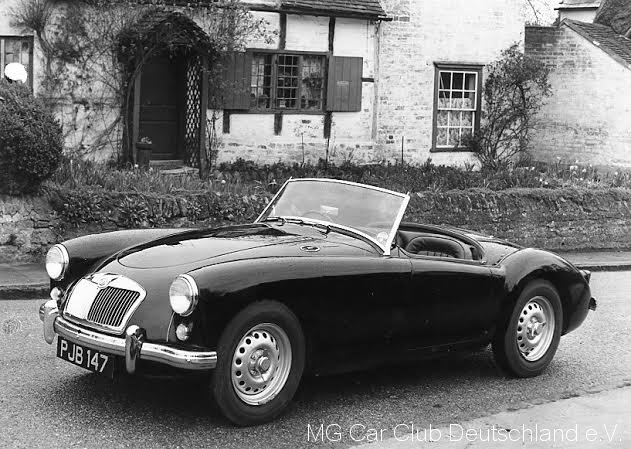 EX181, based on the MGA, was taken to the Bonneville Salts flats as MG returned to the world of record breaking. The 1489cc engine developed 290bhp and legendary driver Sir Stirling Moss took the car to an incredible 245.64mph. 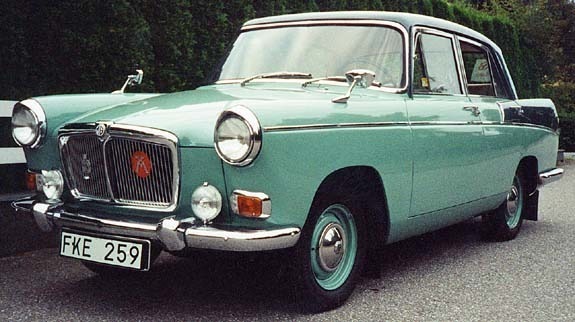 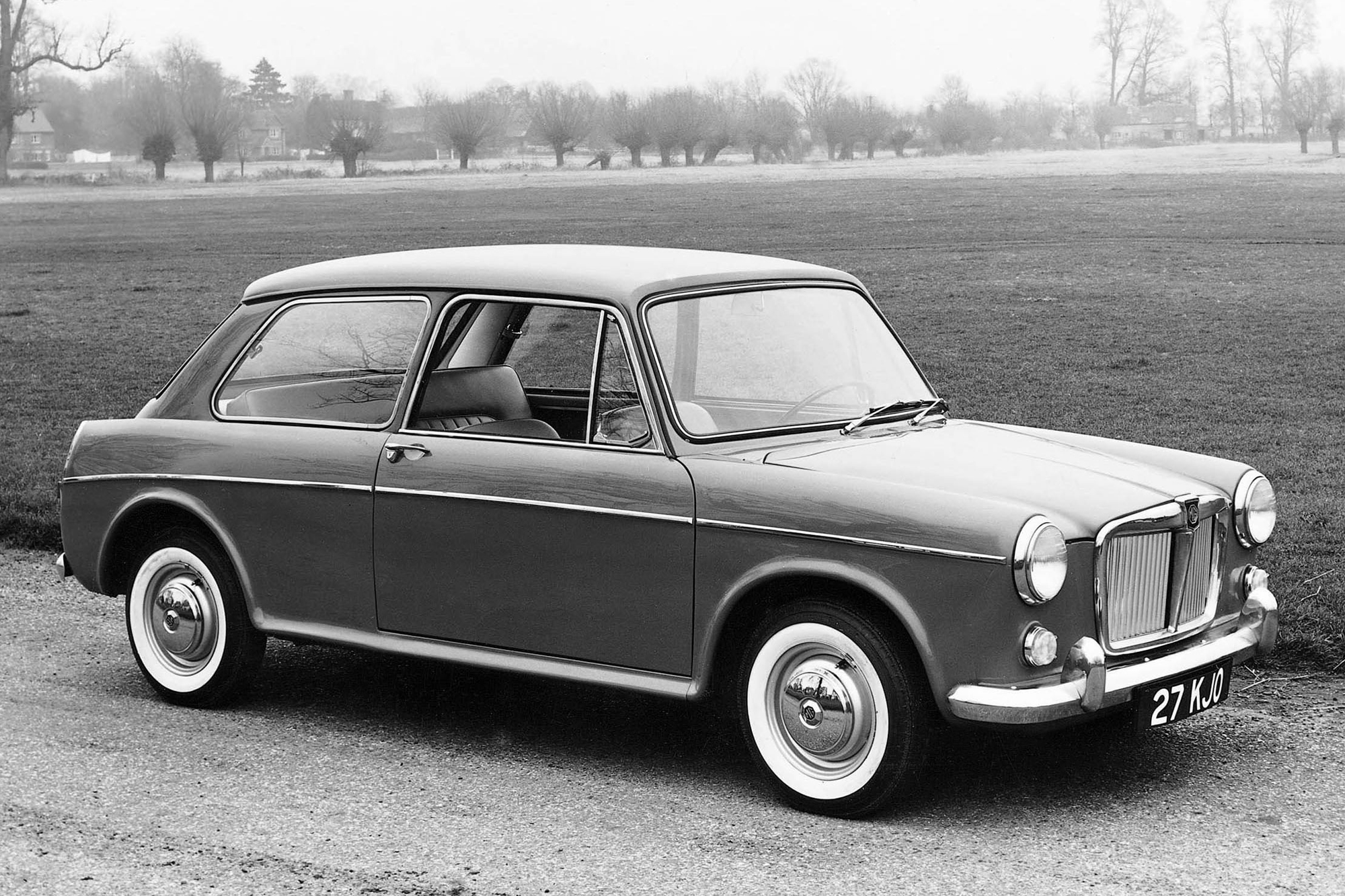 The best-selling MG of all time, the MGB roadster, arrived in 1962. It’s arguably the first modern MG, since it was the first car from the marque to use monocoque construction, rather than a separate chassis as the MGA and others had.  Like the MGA before, the majority of MGB’s would be sent to the United States. It remained in production until 1980. 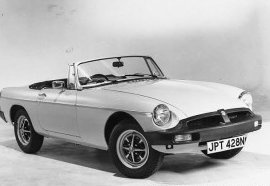 The BGT arrived in 1965, making the MGB a genuine ‘Grand Tourer’. The new roof styling came courtesy of the legendary Italian design house Pininfarina and combined the B’s sporting appeal with the practicality of a hatchback. 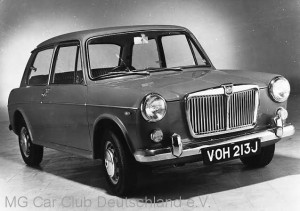 THE MGC AND MGC GT

The MGB proved a huge success for MG and this led to the suggestion that the car’s range could be broadened. The first attempt at this was the creation of the MGC. The C was built in very limited numbers, with production ceasing in 1969, with HRH Prince Charles, the Prince of Wales, being one of the most famous owners. 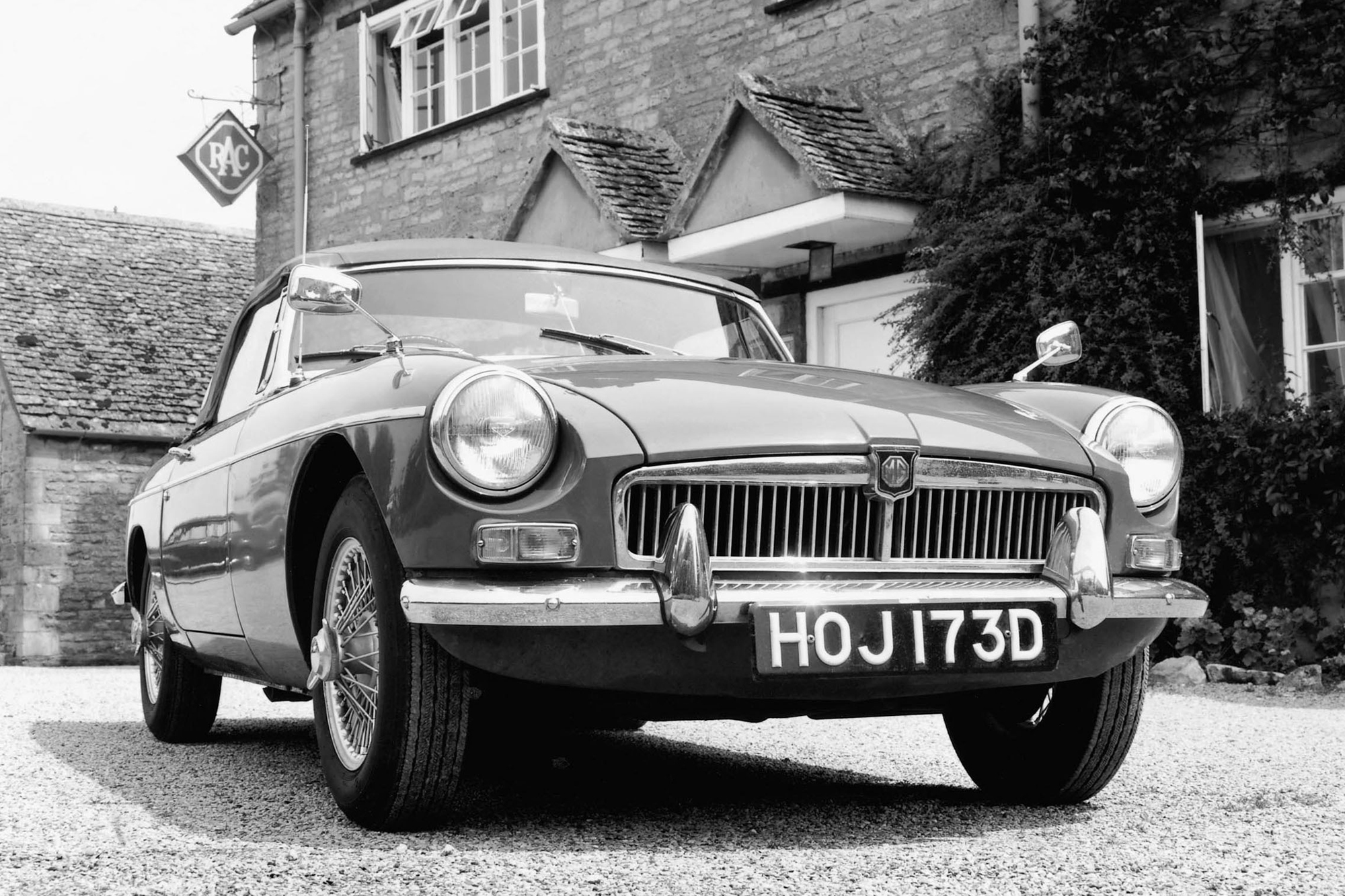 THE BIRTH OF BRITISH LEYLAND 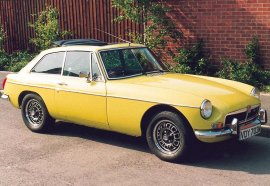 Being part of British Leyland meant MG had access to a wider range of engines, this included the 3.5 litre Rover V8 engine. Tuner Ken Costello had begun converting the regular MGB and GT to V8 power in the early 1970s. The factory-built car launched in 1973 to popular reviews. 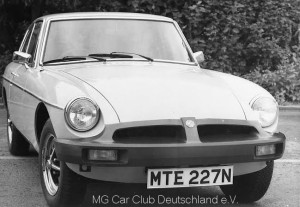 THE CLOSURE OF ABINGDON

The 1970s were not a successful decade for British Leyland, with poor selling vehicles and continual issues with trade unions. MG production at Abingdon remained largely unaffected by this, thanks to a loyal, committed and passionate workforce. However by the late 1970s, British Leyland had been nationalised and needed to save money. 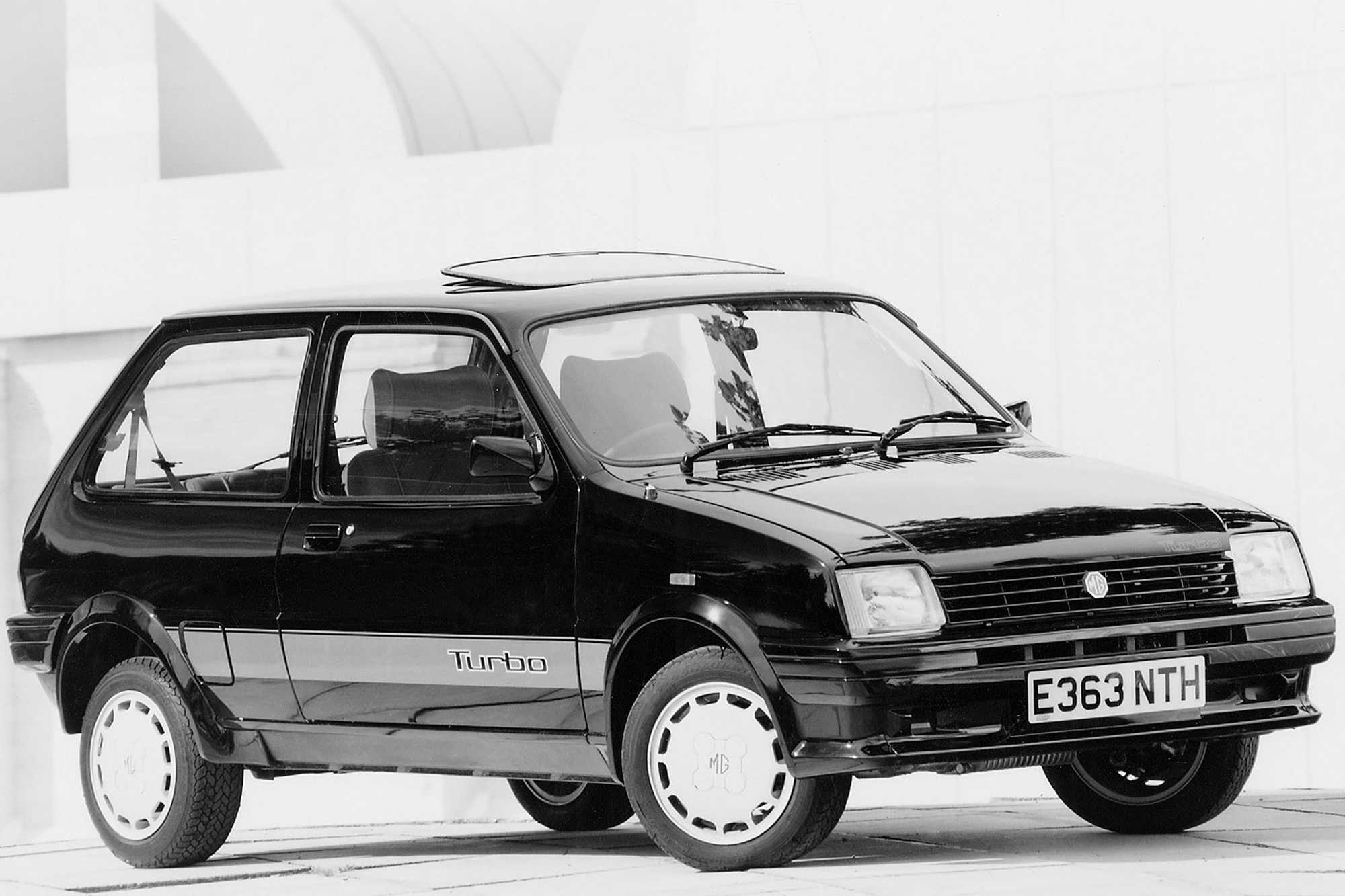 THE RETURN OF THE OCTAGON

Despite Abingdon’s closure, the MG marque proved too popular to disappear. In May 1982, the MG Metro 1300 launched. It was one of the first ‘hot hatches’ and would lead the way to a faster version, the MG Metro Turbo a year later. The MG Metro proved to be a huge success and demonstrated the demand, and love, for MG motor cars. 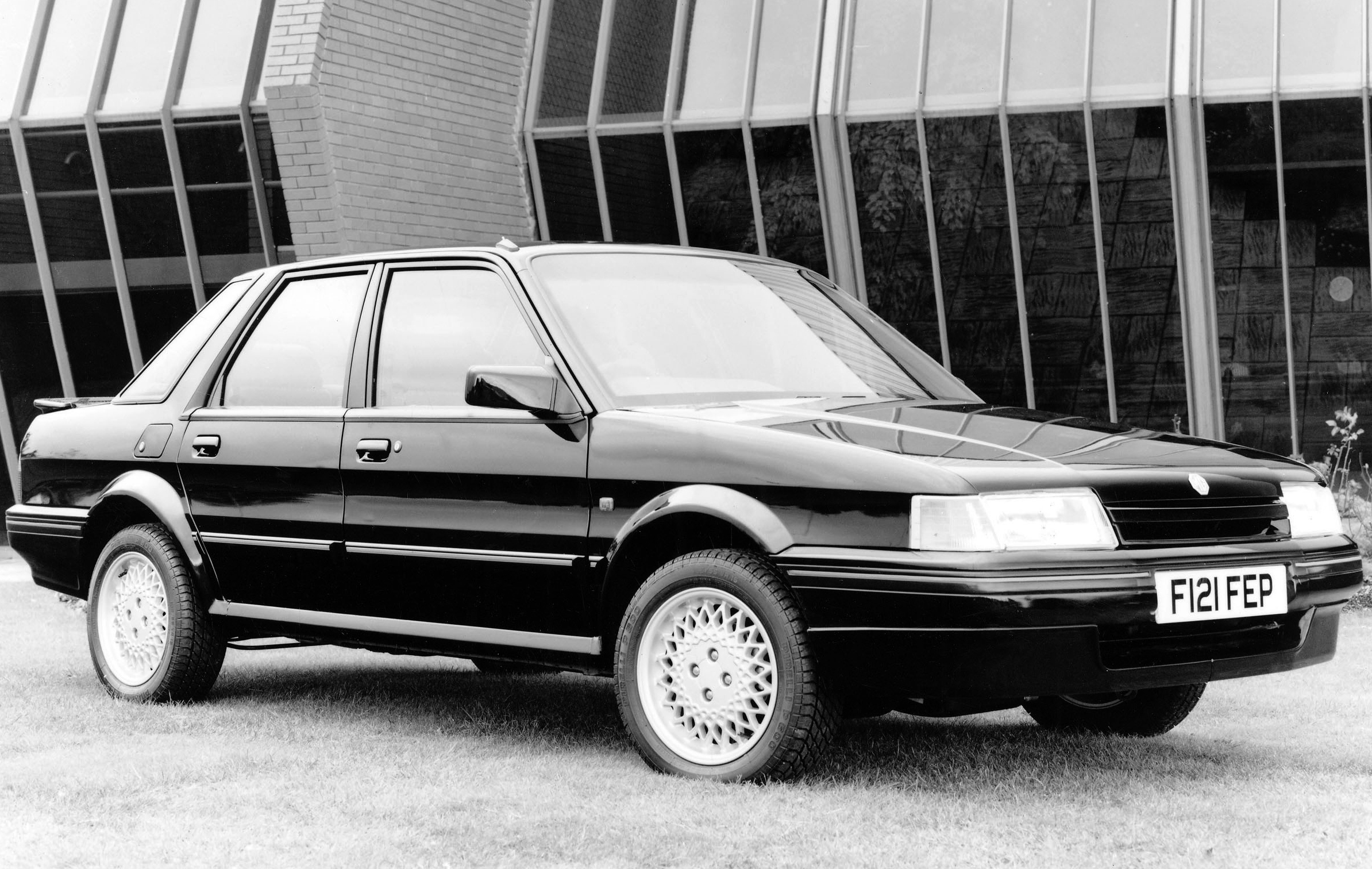 With supercar performance and superstar drivers, the 1980s saw rallying reach a peak in popularity, with manufacturers such as Audi and Peugeot enjoying huge publicity with their rally cars. Austin Rover, the then owners of MG, wanted a piece of the action and so unveiled the MG Metro 6R4. The car featured a 3.0, V6 engine in the rear and developed over 410bhp. 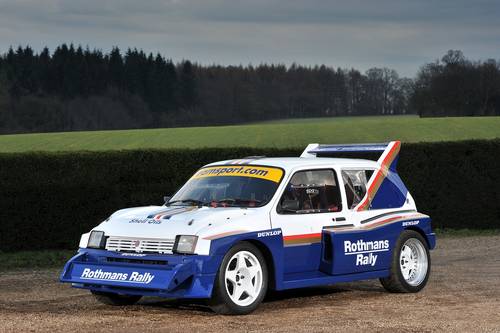 By the mid 1980s the memory of MG sports cars was beginning to fade and so Austin Rover unveiled the MG EXE Concept, designed to remind everyone of MG’s sportscar heritage. Designed by Roy Axe, the car bore a noticeable similarity to Honda’s NSX. 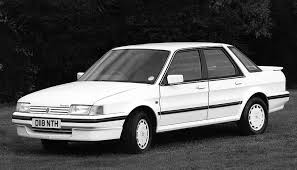 After almost 20 years in exile, 1990 saw the MG Car Club return to it's spiritual home, to open its headquarters, named in honour of MG’s founder, Cecil Kimber. Kimber House stands in the shadow of the original factory works, on the very road that all MGs were driven on following production. 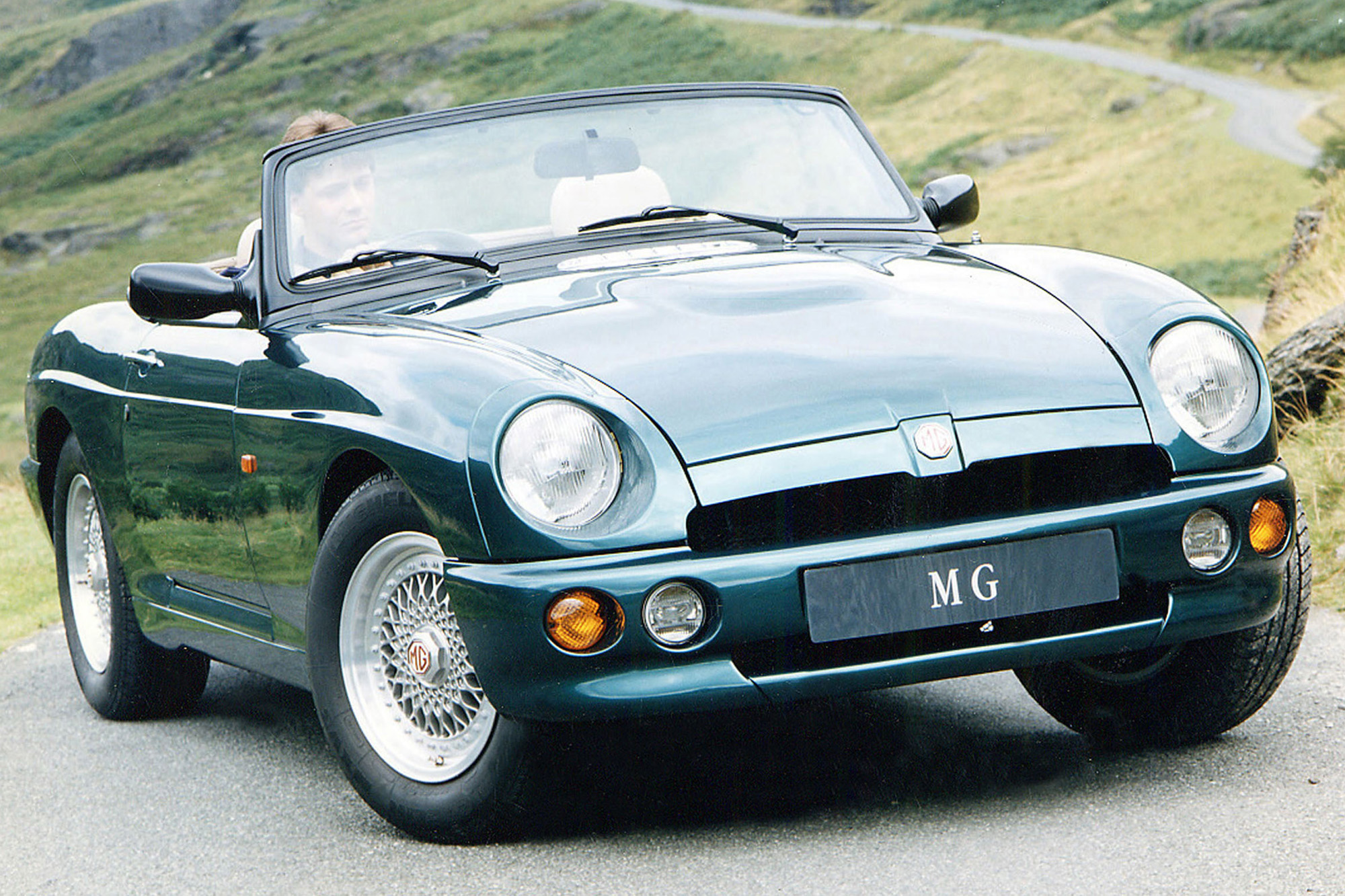 Through the 1980s the popularity of the MGB and classic cars in general began to grow and there was a tangible demand for sportscars once again. By this time MG was part of what was known as Rover Group – with the company’s portfolio slimmed down to just Rover cars. 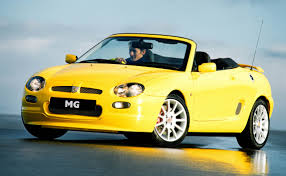 The MGF was the first all-new MG sportscar since 1962 and there was huge excitement ahead of the car’s release. It was innovative, too, with a mid-engine and gas suspension. It quickly became a best-seller across much of the world. Rover Group by this time, was under the ownership of BMW and not wanting the MG to compete with its Z sports cars, the MGF never made it to the USA. 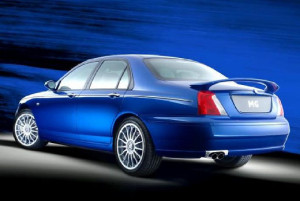 2001 saw BMW sell its interest in the Rover Group and a new company was formed, MG Rover Group. The new company quickly set to work, launching a trio of cars based upon Rover saloons and hatchbacks, the result being the MG ZR, ZS, ZT and ZT-T. At same time, the MGF was heavily revised, becoming the MG TF. 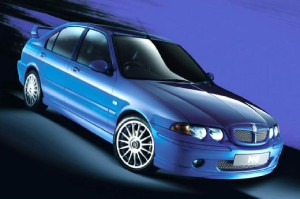 2003 saw the launch of the MG XPower SV. With its aggressive styling, carbon fibre body and Mustang-source 4.6 litre V8, the SV was impossible to ignore. Less than 100 SVs were completed before MG Rover’s collapse in 2005. Only three SV-S were believed to have been made. 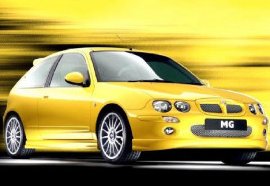 MG Rover collapsed in 2005 and many thought that would be the end of the MG marque. If there’s one thing MG has demonstrated over the years, its resilience. MG production returned and for the first time, in China. Nanjing Automotive Corporation (NAC) bought the production rights of the MG TF, MG ZR and MG ZT. 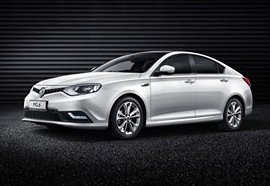 The first new MG since the brand’s change in ownership launched in 2010. Designed and engineered in the UK, the MG6 GT (fastback) launched in 2010 and was followed by the MG6 Magnette (saloon). The MG6 was unveiled in China in 2010, before the GT arrived in Britain in April 2011, the Magnette following in June 2011. 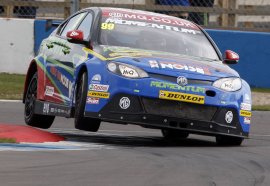 A RETURN TO THE BRITISH TOURING CAR CHAMPIONSHIP 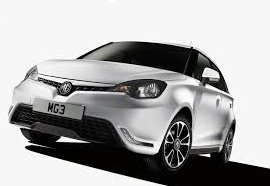 Fun is Back’ – that’s the slogan MG Motor used when it launched the MG3 on to the UK market in 2013. The diminutive supermini had been designed at Longbridge, the factory that had been home to the most iconic small British car of all time, the Mini, for almost 50 years. With a dazzling array of personalisation options, the MG3 has been a strong seller for MG in the UK. 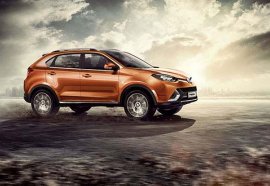 Over the last 90 years MG has demonstrated tremendous variety in the cars it has produced. Now, for the first time since the marque’s inception, it’s producing an SUV. The GS launched in early 2015, catering mainly to the Middle East and Asia markets. With MG’s sporting heritage it is perhaps fitting that the brand is at last producing a Sports Utility Vehicle, following the likes of Porsche, another sports car firm to cross over into SUV territory 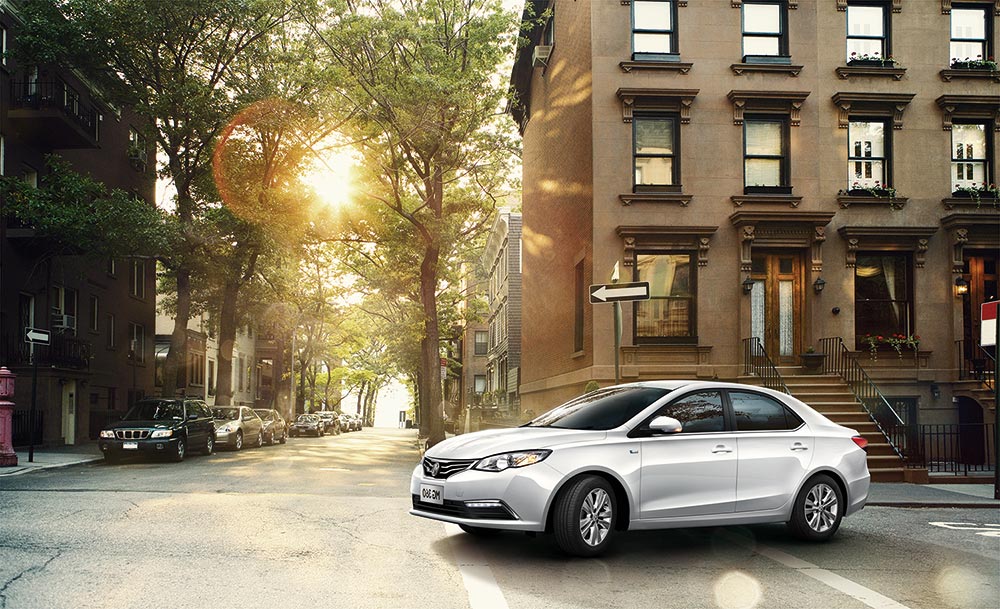 The MG 360 is proud to offer the largest interior space in its class.The super-long wheelbase gives a more comfortable and ergonomic driving experience, with plenty of room for both the driver and all the passengers.

Officially enters Nepal, with the showroon at Naxal, Kathmandu Nepal.